“I have always thought of sophistication as rather a feeble substitute for decadence.”
– Christopher Hampton

Before I left home I knew I was staying one night at Burj Al Arab, the famous sail hotel in Dubai. It’s hella expensive, but I figured it qualified as a “once in a lifetime”-thing.
There’s gonna be a lot of mentioning of the complimentary stuff here, guys.. Fair warning… I usually bring the little shampoo bottles and stuff from hotels I stay in because I’m travelling for so long and I stay in shampoo-less hostels a lot of the time and this is Burj Al Arab so ALL the complimentary sh*t was going in my bags! #ImClassyLikeThat 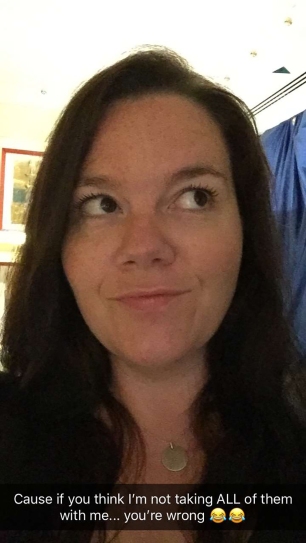 A night at the Burj Al Arab cost me a whopping $1900 / €1650 and that was the cheapest room available. They’re all suites and I got a “smaller suite” meaning I “only” got a living room with dining area, floor to ceiling windows with a great view, a workspace with a Mac computer I could use (with printer and fax), a downstairs washroom (because who wants to go up the stairs to take a leak), a rather elegant staircase up to the second floor of the suite, where I had a large master bedroom, small hallway and large bathroom containing Jacuzzi and a shower bigger than some of the places I’ve stayed before…
Ok, that last part might be a slight exaggeration, but the shower was huge and the facilities fabulous.

The complimentary amenities included a white/gold beach bag (of course), lotions and soap from Hermés (for him and her), enough tea and espresso to last me a lifetime, a bottle of red wine and of course bath salts, shampoo and conditioner (also Hermés). And they weren’t the tiny bottles either, we’re talking plus size bottles. I should know, they’re all currently in my bag.
After I checked in I was shown around the spa area and indoors pool by my room’s butler before I managed to shake him off me so I could go explore on my own. (Naturally I got the mandatory “where’s your husband?” question that I always get when I’m a single woman travelling and smiling to people, but I pretended to have a fiancé back home and that I was on a “work trip” so that was nipped in the bud).

After spending less than an hour exploring the hotel I decided to go back to my room, put on my swimsuit and enjoy the infinity pool I had seen from my aforementioned wall-to-ceiling windows. When I got back to my room housekeeping where servicing my room. Which I thought was completely natural. I mean… I HAD been using the room for about one hour, I might have used up all the complimentary stuff!
I had opened the shampoo bottle – so I got a new one. I now had TWO shampoo bottles from Hermés… Yup.

An aquarium nex to the escalators, of course…

Complimentary dates that should have been chocolates.

“Please use this Mac, it’s here for you”

Staircase up to the second floor

At the top of the stairs 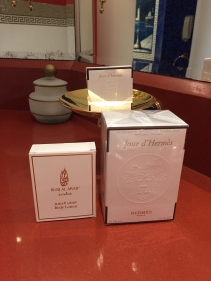 Pretty much sums it up…

The bed was incredibly comfortable too! 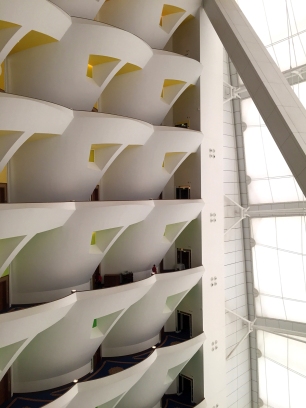 From halfway to the top to bottom 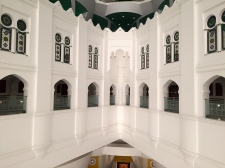 The outdoors area was lovely. They’ve made a fake little beach of sorts out by the edge of the hotel area by transporting in sand and laying it around one side of the infinity pool. On the sand they have the normal lounge chairs and large, round, comfy ones under parasols. I immediately laid claim to an empty huge one and got my book out. I hadn’t even sat down before the beach dude came along and put down a cooler bag full of rosewatered cloths and cold water bottles next to me. Thanks, man, I was a bit parched… Yup.

Enjoying the last rays of the day and the infinity pool I basically just hung around on the edge watching all the yachts, sailboats, jet skis and random, filthy rich people that glided past me until I felt like drying off and sniffing my complimentary rosewatered cloths. I stuffed all the complimentary, unopened little water bottles in my complimentary, white/gold beach bag and headed up to my room for a shower with my complimentary… yeah, you get the idea. 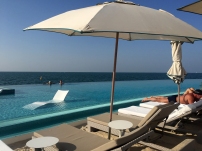 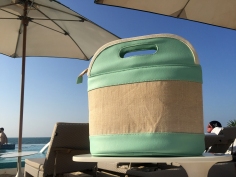 My little bag of water and washcloths

Life is SO hard… 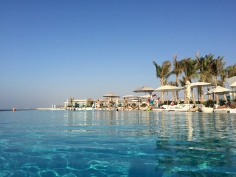 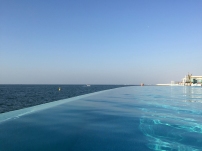 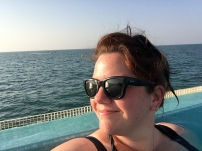 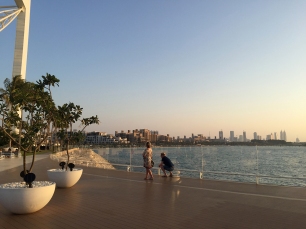 View of the city

Ornaments or preventing the hotel rfom sinking… Who knows… 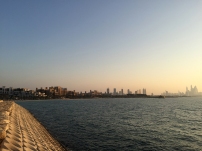 Sunset from the deck

After this I went to the spa area for my 5.30 pm session. It’s not what you think. I didn’t go for the deep tissue or aromatic massages, I opted to have my legs waxed. It’s not comfortable, but it was the right place to do it. Powders, oils and ointments made it a lot less uncomfortable than I remember. After this I decided to spend the rest of my time in the room I paid an arm and a leg for. After enjoying the sunset by my windows and giving both my friend, Panos, and my brother, Thomas, a live tour of the room through Skype, sending about three million snaps and calling my mother to give her an audio version, I figured I had done enough hard labour for one day so I ordered room service and settled in my super-huge, super-comfortable armchair to watch “Alien: Covenant” which was one of the “movies on demand” on my golden TV. 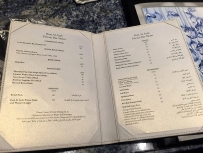 Alien: Covenant as film on demand!

This is the life

I hardly slept. I just sat in every piece of furniture I could find (there were many!) and drank all the complimentary stuff. I even checked out the minibar, but decided not to go for the $20 chocolate bars. I mean, I’m already crazy for paying for this room, but come on… I did finish all the complimentary date-candy though. That’s the only negative thing I have to say about the hotel. That box of candy dates should have been chocolates… (this is called sarcasm, guys, calm down).

My butler also told me that the top floors are where the presidential suites and such are and that’s where the pop stars and athletes usually stay. Then he proceeded into a name dropping marathon that left my head ringing…

To sum up I will answer the two questions I have gotten the most after telling people I was doing this:

Was it worth the money?
Burj Al Arab was an event for me. One of what I hope will be a huge number of “once in a lifetime”-experiences. So, as a one-time thing: Yes, it’s definitely worth it. You literally see how the other half lives and it was an awesome experience.

As a hotel to stay in if you’re on a general vacation in Dubai: No, it’s far too expensive for that. There are plenty of hotels in Dubai that offer equally good facilities and service, maybe location is prime, but not that prime. Do it once to see how it is and take the fond memories (and all the memories) with you.

How did they treat you?
If there is one thing Dubai is good at (other than spending money) it’s service and to be quite frank, if I had payed that amount of money only to be treated as a “second rate” guest because I’m obviously not Ivanka Trump, I would have demanded my money back. This was not a problem, however. Every person working at the hotel from the woman who greeted me and went to reception to check in for me (because why should I have to do that myself, right?), to the people at the spa, to the housekeeping staff treated me professionally, warmly and I would say equal to everyone else there. If anything they were all scrambling to make my stay the most enjoyable thing I’ve ever experienced. That being said I did find there were a lot of people just like me there. Obvious tourists not made of money, so I’m guessing they are very used to being a tourist attraction as well. My butler also told me that the top floors are where the presidential suites and such are and that’s where the pop stars and athletes usually stay. Then he proceeded into a name dropping marathon that left my head ringing…

As you might have guessed I am very happy with my decision to stay at the Burj Al Arab, I believe I will remember that suite, that bed, that Jacuzzi and most of the rest of it until the Alzheimers gets me. I also suspect that I enjoyed that suite a lot more than the Trumps and Bezos of this world…

My bags are packet… A little heavier than before

My share of the loot! (minus the shampoos, they’re in the bag)

One thought on “Dubai :: My night at Burj Al Arab”