Going to see the waterfalls at Ground Zero was at the top of my list of things to do here in New York . Little did I know that I missed the most important part on my visit the first day. Lack of research… Not a typical mistake on my part

so it caught me a bit off guard. Fortunately, I was told about the underground museum by a security guard at the Rockefeller centre the very next day so I had plenty of time to rectify the situation.

The trip to the waterfalls was beatiful. The monuments themselves look a bit like something designed for a beautiful, dystopian sci-fi movie, but I mean that in a positive way. Beautiful is the word that keeps coming to mind. They were enormous, well kept, clean and sombre. The names of every victim from the 2001 and 1993 attacks are carved in the sides and visitors are encouraged to touch and get close if they want. Some place flowers in the carvings and in general I felt there was a lack of the “super-America” that I feared would take over and create a cheesy atmosphere.

The museum itself is underground and this is where the real heartwrenching stuff starts. I survived just fine, but there were two instances where I teared up down there, so if you’re easily touched, bring moral support. The two places I found it hard was the room where they show pictures of the deceased one by one with information on each of them, and some of them have a family member or loved one say a few words about them. The other thing was when I read about the motorcycle that one of the firefighters who died in the rescue attempts on 9/11 had bought and wanted to restore. He never got around to restoring it, but in memory of their lost colleague his firefighter buddies restored it in the months after the attack and now it sits in the museum in his honour.

There a lot to view in this museum so do not be in any sort of rush if you visit. There’s a whole section with artifacts from the attack site, phone messages being played (from people who died in the attack etc), quotes and memorabilia… Even one of the firetrucks that was ruined by falling debris from one of the towers has been put on display there. Absolutely worth the entry fee ($24), go see for yourselves.

The twin towers before impact

The entrance to the museum 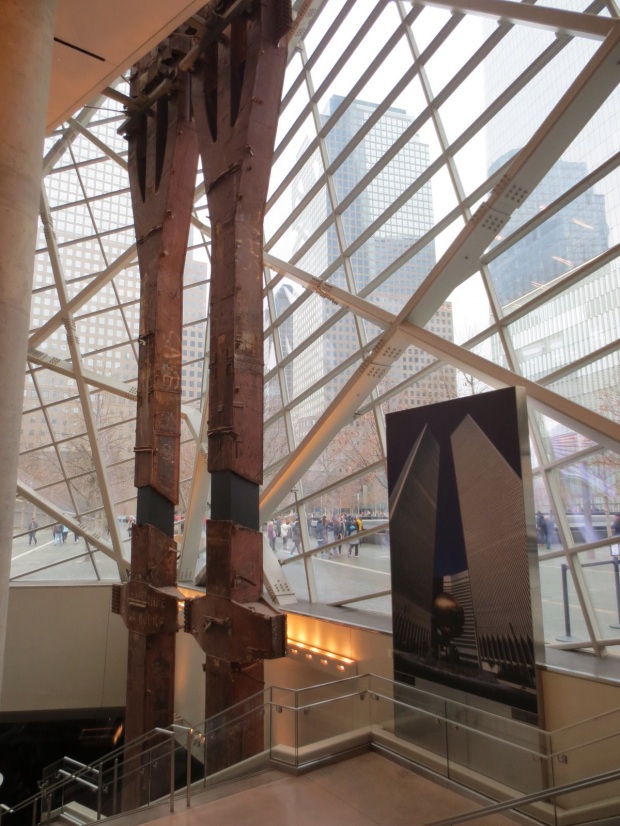 Steel beams from one of the towers… 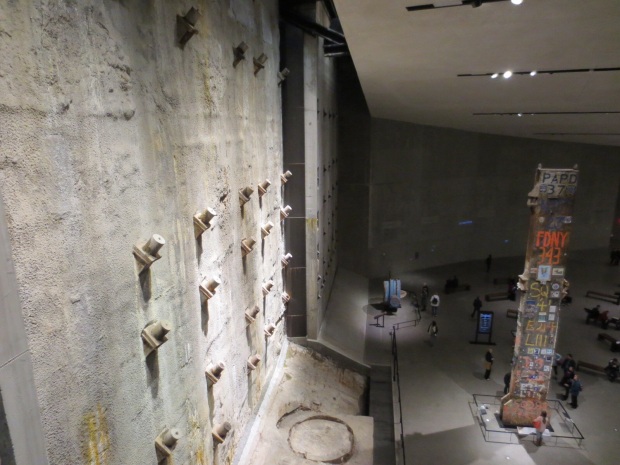 The slurry wall from beneath one of the towers 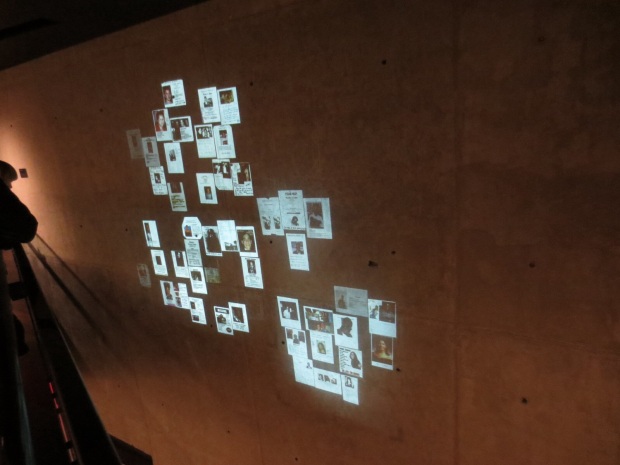 Fully restored – in the memory of a deceased friend…