I hadn’t planned to go home to Norway before staying out for three years. It was a thing for me, not going home until I was done with my trip… That all changed when my ex sent me an e-mail telling me he was terminally ill.

I’ve already posted some pictures of Eystein on Facebook, and added a little “goodbye-post” on Instagram so I debated whether or not I should put something here too… In the end it felt weird not to, given it’s the most important thing that happened in my life the last 20 years and this blog is supposed to be a diary for me to look back on. 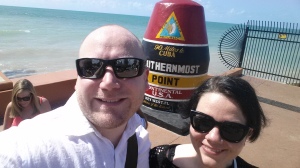 I was in Greece celebrating my friend Basil’s wedding three days on end, coming back to my room at 2am on the Sunday feeling partied out and happy, having met friends from Egypt again, eaten good food and seen a traditional Greek wedding up close for the first time. I slept well into the afternoon the next day and was unaware anything could be wrong at all really… Until around 5pm when I received a message from Eystein on Facebook telling me he’d sent me an e-mail and I should “read it when I had some time to myself”. 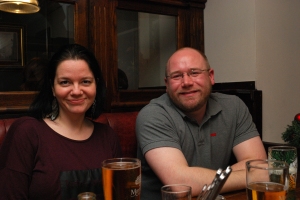 I read the e-mail detailing how he’d been diagnosed with cancer around new year’s, how they thought they could cure him until around April and how there was now ultimately nothing more they could do for him other than trying to slow the effects of the disease. He wanted me to know and to decide for myself what I wanted to do with this information… I read it three times and then I broke down and cried…

I took too long trying to digest… I sent him an e-mail back at 9pm telling him that hie e-mail made me cry, that I cared about him and wanted to know more. I really needed him to know that there was no way I would just shrug this off and continue my trip as if nothing happened. So far the prognosis was two months to two years, so initially I decided to meet my brother and sister in law as planned and then go home with them to spend time with Eystein. How long I would stay home was something I’d figure out when I knew more. But I only got as far as Athens before my friend Maja sent me a message saying he had taken a turn for the worse. He’d had an infection, had trouble breathing and was now under such heavy medication that he was unresponsive. 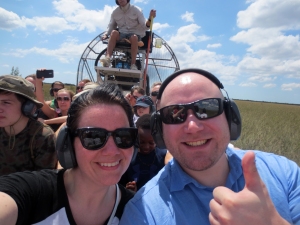 I was heartbroken and immediately abandoned any other plans than getting home to Oslo. I sent my brother a message explaining what happened and cursed the stupid airline from Milos to Athens who, despite the fact their airplanes fit, like, fifteen people, took just as long to get the luggage out as a superhuge jumbojet from the Emirates. People where dodging me at he conveyor belt because I was sobbing into my phone at this point, I probably looked crazy… I don’t know. All I felt was heartache because Eystein was dying, my whole world had in effect turned upside down in a few hours and I was certain he had never seen my reply to his e-mail and now he would die thinking I didn’t care about him at all, that I just read his e-mail, thought “whatever” and continued on with my trip…

I managed to convey this to Maja somehow and she immediately sent me a screenshot of a message Eystein had sent her saying he got my message and he seemed really happy about it. This helped me a lot… It’s a small thing, but it was huge to me… He had planned to reply to me as soon as he could, but then he got worse and never had the chance. At least he knew how I felt.

I threw myself into finding the first possible flight home. Maja kept sending me updates and at one point she blatantly wrote “I don’t think you’re gonna make it”… I still remember the utterly helpless feeling I had, wishing I could somehow charter a private plane to take me to Oslo as fast as possible and not being able to do anything about the fact that there were no flights until 3 am. (I had arrived at Athens Airport at 8pm).

After trying the information desk (I scared that poor woman so much, bursting back into tears right in front of her) and the local travel agency to see if they had any earlier flights they could get me on, I tried to book the 3am flight three times and on the third try it went through… I thought I had a ticket, the confirmation that I had ordered came, but no ticket… I waited and logged in and waited and logged in and finally I received an e-mail saying the plane was full so the money would be reimbursed… I nearly lost it at this. I didn’t care about the money, I had tried everything, First Class, Business Class, all sorts of connections, but there was nothing. 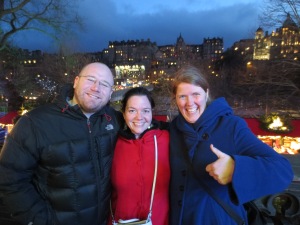 Somewhere in the middle of all this it dawned on me that I hadn’t heard from my friends Tia, Johnny or Mats and I knew that meant they didn’t know. I knew they would respect Eystein’s wish to tell me himself, but they would’ve said something as soon as they had found out Eystein had told me. I messaged Tia and told her the bad news. She got a hold of Johnny and I got a hold of Mats – they all decided to go straight to the hospital to see him. I asked Tia to, if there was any chance he could hear her, tell Eystein that I was trying as hard as I could to get home, that I was on my way. And I found out later that she did just that ❤

In the end I got tickets out of Athens at 8am, going via Munich and landing in Oslo at 11am. So I had six more hours of waiting at the airport before even getting on my way. Six of the worst hours of my life. Every time my phone made a sound I thought “This is it. He’s dead.” By the time I got on the plane my nerves were a weird mix of completely frazzled and numb… 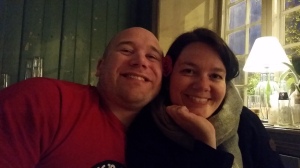 When I landed in Munich I immediately turned my phone on and that’s when I got the news that he had stabilized somewhat. He wasn’t getting better, but he wasn’t declining as quickly, so I started hoping I could get myself there in time to say goodbye. Mats was awesome enough to pick me up at the airport so I didn’t have to waste time on trains and buses and we went to the hospital together. Probably the weirdest reunion I’ve ever had. I met my friends for the first time in 1,5 years in a hospital because our friend was dying…

I was allowed in to see Eystein, but in the end, while I made it home before he died, I didn’t really get to say goodbye. I said it, but he was so heavily sedated there was ever any chance of dialogue…

I don’t believe in fate, destiny, ghosts or anything like that, so I was sceptical as to whether or not he would hear me at all, but I still talked to him. Just in case there was any chance a part of him could hear, I talked to him. I told him I made it. Jokingly berated him because “he would obviously do anything to get me home” and hoped that at least some part of his brain would recognize my voice and speech pattern and send some happy impulses in to his body… That was really all I could hope for. 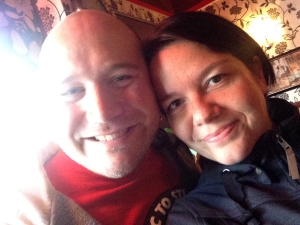 He died around 7pm that same evening… I’m a bit fuzzy on the exact time, I was in a bit of a shock at the time, but the time stamp for when Stian sent the message out to our friends is 8:06pm and we sat for a while before he managed to get it out.

The days that followed are a bit of a blur. I spent it with people who knew Eystein, talked about him a lot, cried a lot, tried to “get over it” like you’re “supposed to”, but I know I’m going to need more time. It’s the same feeling I have about my dad, still… (He died of cancer when I was 17). I don’t really want to “get over it”… I don’t think I should. Eystein was important. He was so important to me. He made a huge impact in my life and I don’t want to get over the fact that he’s not here anymore. Ultimately, he and I didn’t work out, maybe given time we could have worked it out and maybe we never would have – but I didn’t want him taken out of my life so definitely, so soon… So now I’m here, wanting to remember him, hanging on to every little thing I can remember, so he wont leave completely. So his life will still have some meaning… If all the people you touch miss you, remember you, are still affected by the impact you had on them, then you’re life was not a waste. Given how many people showed up at the hospital and how many took that plane from Oslo to Kristiansund to attend his funeral, Eystein’s life was not a waste… That thought makes it a little less shit for me.

What was between me and him will still be with me – the little things only I remember, the side of him that only I saw… the hundreds of in-jokes we had… all the stuff that makes me cry now because they hurt. I’ll keep letting them hurt, because I want them to. It means losing him was not insignificant to me – and that is perfectly in line with how I feel about him still. 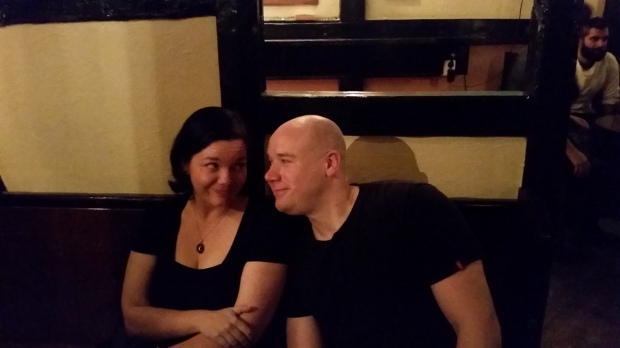