Uuukey… That’s one way to respond when someone is in a clammy, hot ATM-room with you just trying to make conversation… But I guess, if you’re “special” 😛

What do I want to remember from Hong Kong? My lasting feeling is that the place is just crazysexycool with a dash of relaxing (yeah, really). I managed to relax there fine, no problem… But I might be a bit detached at this point, it kind of feels like it. I’m sort of experiencing everything in my own little bubble, observing everyone around me because I don’t have an immediate other someone to experience this trip with. I’m getting very used to living inside my own head at this point…

The amazing cable car ride up to the Big Buddha on Lantau Island (Tian Tan Buddha) was a highlight. I only actually went there because Domi sent me a snap with a picture of it and told me it was n Hong Kong. My research skills need improving sometimes 😉

Meeting Bev at the Big Buddha site and walking back with her. I was worried that my big Hong Kong dollar bill was gonna be useless because the cable car ticket guy wouldn’t accept it (a tiny bit of the corner was torn), but I solved that by spending the whole bill on a useless souvenir I really wanted(!!1!!) It was a crystal Buddha foot with a spider on it, an ornament you hang that represents being happy in contentment. Something I’ll probably need to remember when I get back home… Also, it was absolutely beautiful and I wanted it, so I got it. The woman at the store was happy to accept my bill so there, ticket guy! Suck it! (Also: Thank you Tia for bringing it back home safely to Norway for me) ❤

I also remember going to dinner later that night with Bev. We ended up at a Chinese restaurant where they didn’t speak any English (another “point to the menu”-moment). I think we entered through the service entrance because it looked very “hospital corridor” for the longest time before we sort of entered the dining area way out in the back ;-D

We had a great evening, even after meeting “The Three Douches”. German dudes standing in line at the ATM being really rude and abrasive, drinking their beer and wearing what my friend aptly called “my father is a lawyer”-uniform (I sent him a picture).

“My father is a lawyer”

I also remember the lovely British guys I met in line for the tram up to Victoria Peak – they were there for the rugby (big shocker, they were wearing rugby shirts) and I ended up sitting with them on the massively cramped tram. We had a grand time and then met again up top at the observatory. The peak itself was ok, a bit overhyped I thought… But good views, I guess… One of the best parts of that place was the “Bubba Gump Shrimp” restaurant and shop *lol*

I also had an amazing dinner at “Ho Lee Fook” (yes, that IS the name of the restaurant). I wandered around trying to find it, passing the WTF cafe in the process (what is UP with these names??) It was super-expensive and totally worth it #BudgetSchmudget

Other than that I really just took a massive busride around Hong Kong, took a one day trip to Macau just for the fun of it and experienced what almost every tourist in HK experiences: The Avenue of Stars being “closed for refurbishment” 😛

At least I met Spiderman! He even gave me a sticker and a selfie. Best $2 I ever spent ;-D 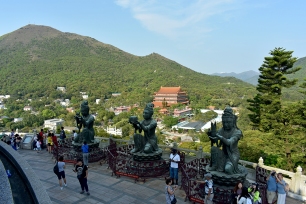 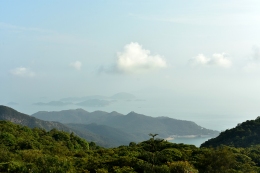 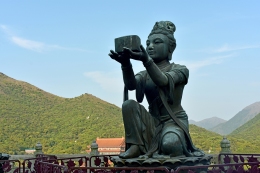 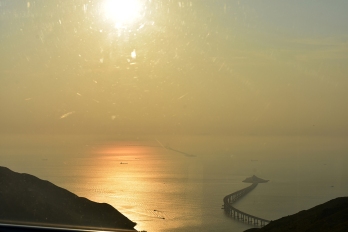 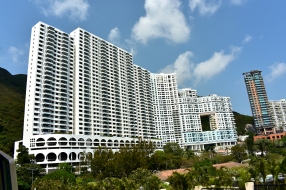 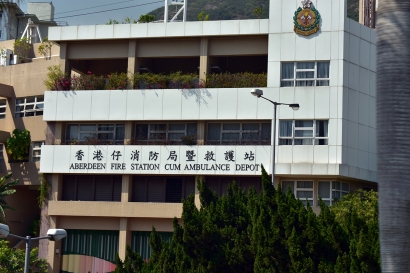 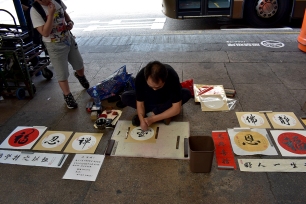 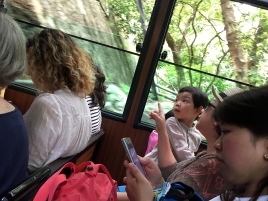 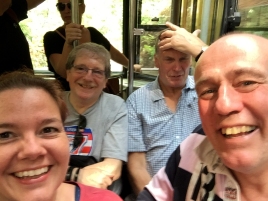 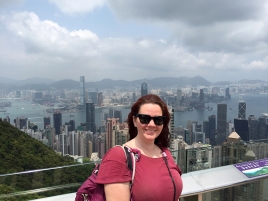 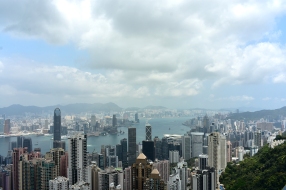 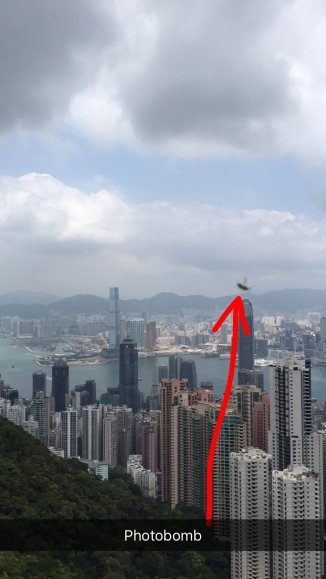 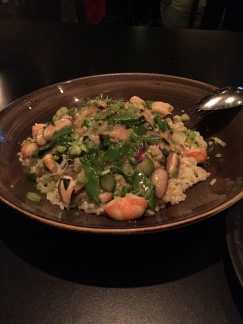 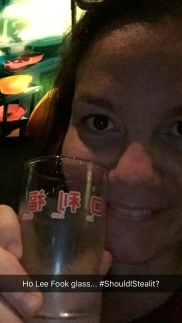 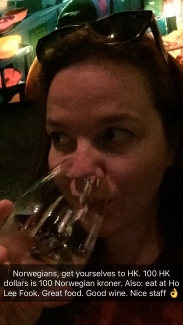 One thought on “Hong Kong is CrazySexyCool”