The US Army Museum was said to be brilliant so when I wandered around Waikiki/Honolulu today and suddenly found myself by the Fort DeRussy Park I knew I had to do two things: Get a shot glass from Hard Rock Cafe and visit the US Army Mseum.

At first I found myself (once again) by the statue of The Merry Monarch himself, King David Kalakaua (the guy who brought the hula back #ImBringingHulaBaaaack), had to take a photo of that guy, a king after my own heart. So I figured “maybe I’ll go find HRC, get that shot glass and maybe go see that museum” – even though I’d decided on doing nothing today… Whatever, I got restless…

The museum is free (audio guide is 5$, but you can get along without it. Feel free to dump the 5 bucks in the donation jar instead though). It’s run by volunteers and financed by various charitable people and organizations. It shows. There’s almost too much to see in there, I quickly realized that I really didn’t need the audio guide, but when I got to number 23 (I think) I was happy about getting it: Recorded interview with one of the pilots from Pearl Harbour. Exciting stuff, there’s no other word for it.

Even though there’s so much at this museum, spanning from the early Hawaiian wars for territory between the tribes (we’re talking pre-European visits, people) and up to today(!) it’s all very neatly laid out. There’s everything in here: Hawaiian tribal wars, WW1, WW2, Vietnam War etc etc, the list goes on. Artefacts, videos, mock-ups, info boards, all the usual stuff, but if you’re interested in war- and army history, this is a place for you. I found the permanent exibition detailing the life and service of General Eric Shinseki very intersting and touching, as well as the upstairs tribute to soldiers rewarded (mostly posthumously) for their valour in combat.

As an added bonus, you can find a Cobra Helicopter on the “roof” (2nd floor) – while it’s still not Airwolf, it was pretty impressive. (AND tanks on display in front, ground floor, woop woop!) 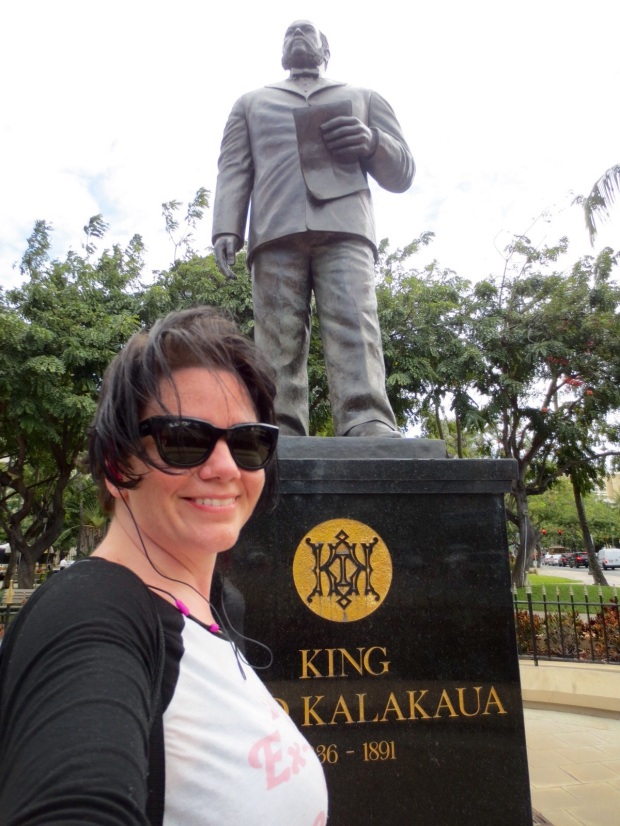 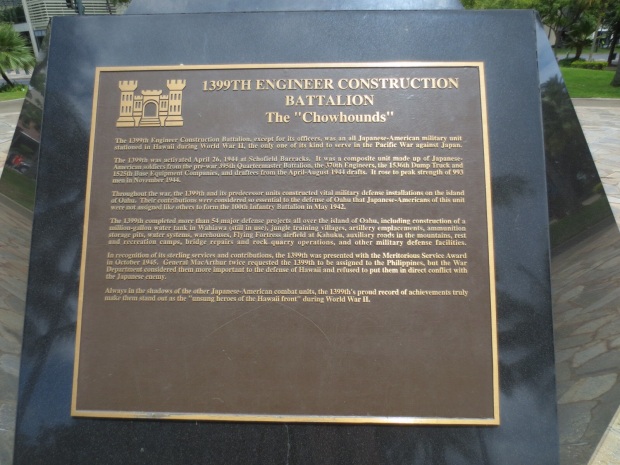 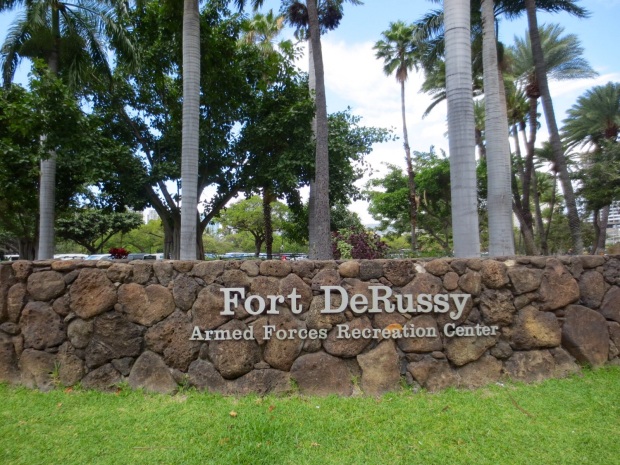 The US Military owns the grounds and the surrounding park

Look what I found 😀

Starting with the tribal wars and the very first Kamehameha

He got his hands on some of these and won everything (no wonder, the rest had clubs and spears)

The native Hawaiians fough eachother with a mix of old and new and I have to say, some of the “old” looked pretty fierce. This is a “Shark-toothed club” O.o

Skip to the battleship era – Load’em up!

Guns, lots and lots of guns on display

Dummy of Japanese soldier in the streets of Beijing

PIeces of wrecage too, planes and ships 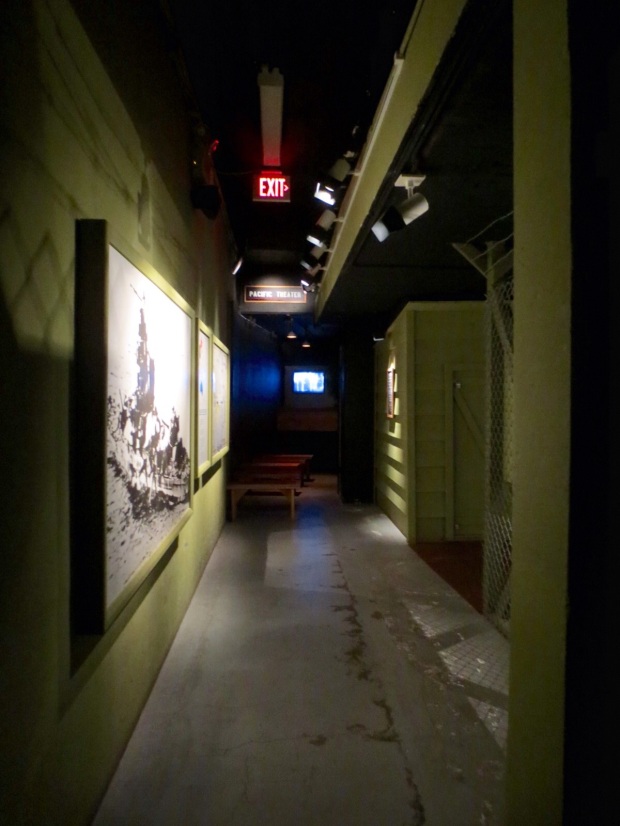 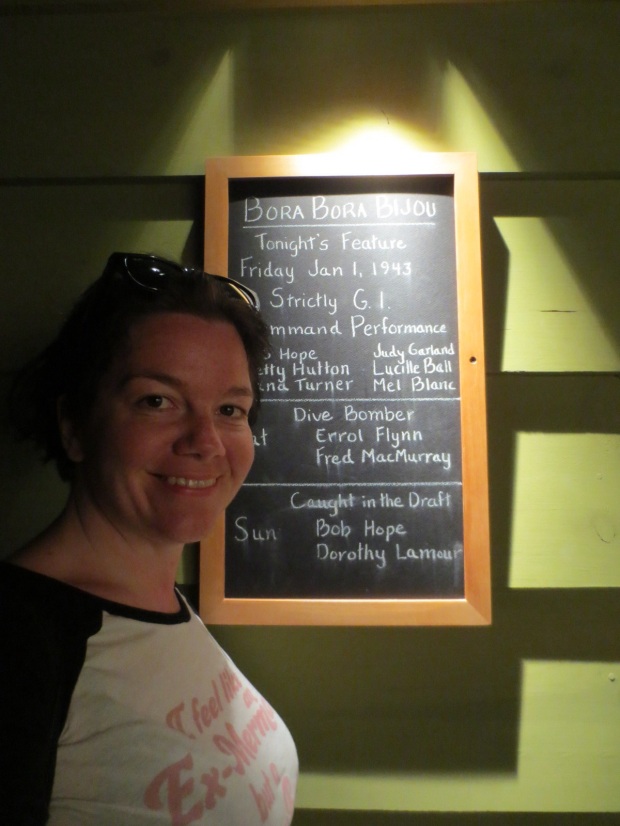 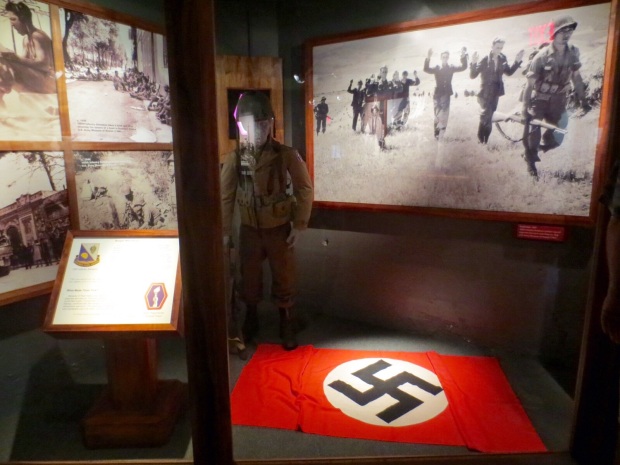 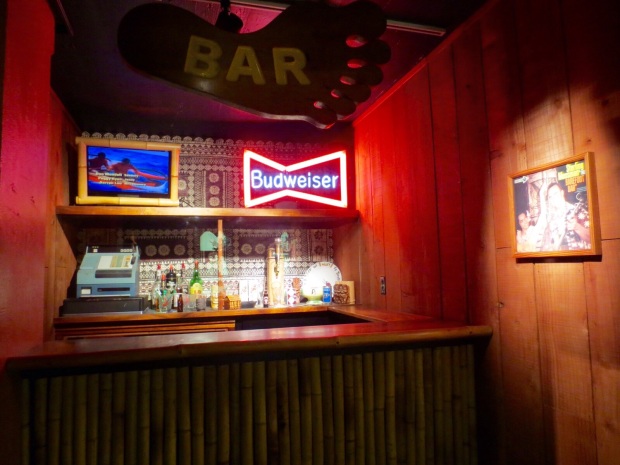 Hawaii Five-O is on!

Take it away, Don!

This guy… All he said was awesome, but this brought tears to my eyes. 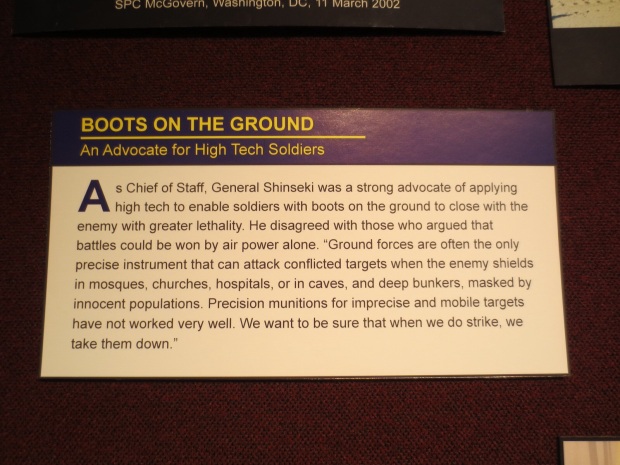 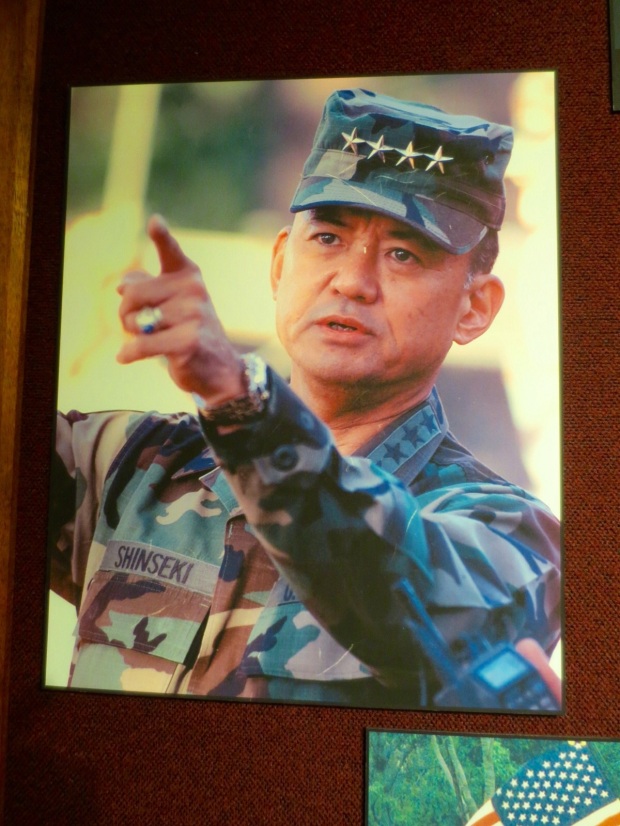 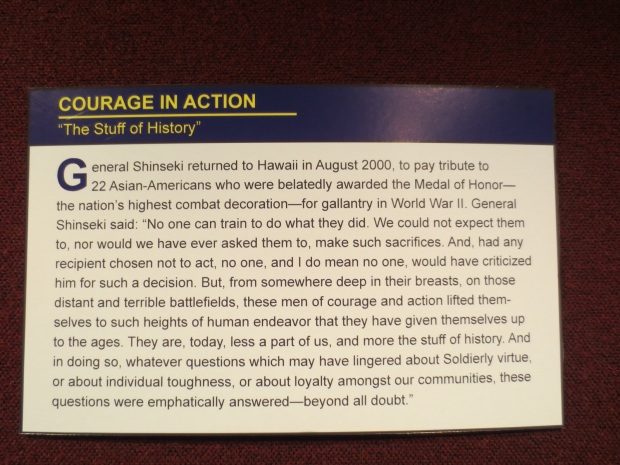 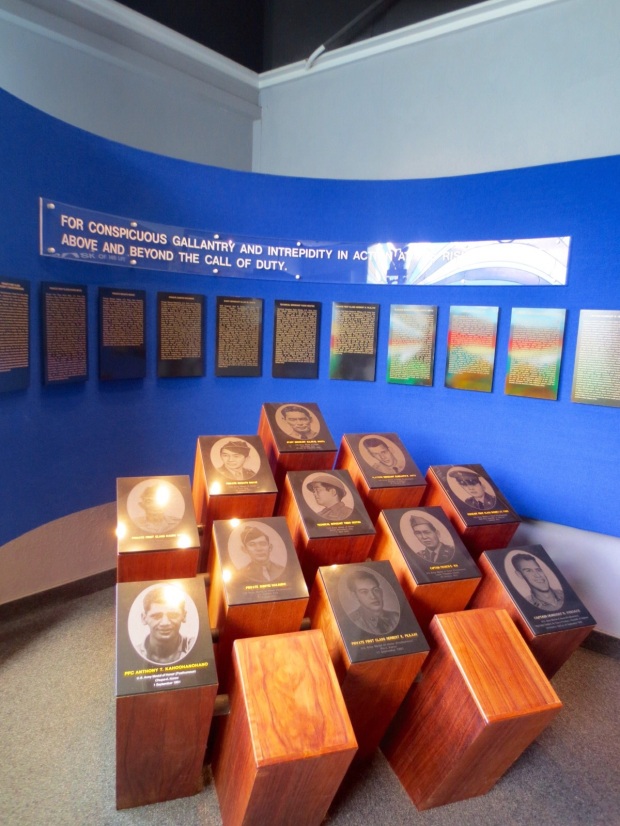 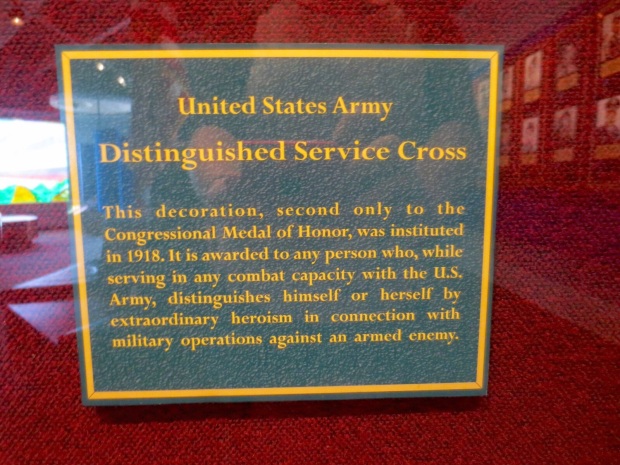 I found something big that flies fast and goes BOOM. I’m happy. 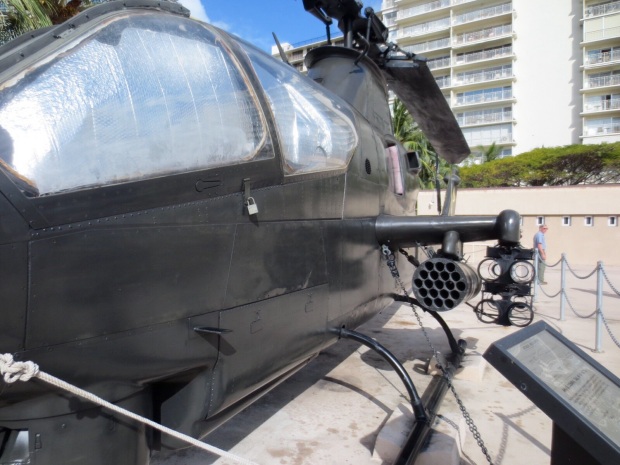 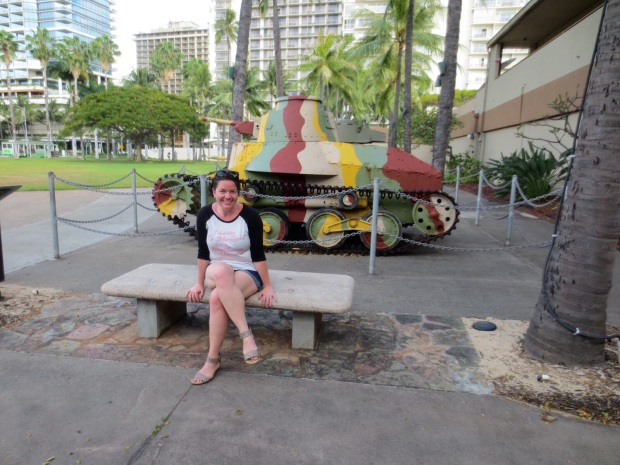