Now, the USS Arizona was the number 1 item on my list of things to see on Oahu. The Arizona was a battleship moored in Pearl Harbour the day of the Japanese attack, but it was made famous when a armour-piercing bomb hit the bow and ignited the ammunitions battery below, causing what might have been the biggest, single explosion during the attack, killling over one thousand men instantly.

There where 1512 officers, sailors and marines assigned to the Arizona that day, only 335 survived, of the casualties almost 1000 remain with the ship where it sunk, in about 40 feet of water. Almost half of the casualties at Pearl Harbor occurred on the naval battleship USS Arizona, it was hit four times by Japanese bombers and eventually sank.

Some of the surviving crewmembers have chosen the Arizona to be their final resting place. These men are cremated and the urn with their ashes are placed in the, now void, hollow that was gun turret #4. Their names are then included on the “survivors- now past away”-part of the wall inside the memorial.

The shrine itself is absolutely beautiful. There’s a shining, white structure built with a small “dip” in the centre, laid right across the shipwreck that was the Arizona, so when you get there you can see the actual wreck right below the surface, it was so close I felt as though I could almost reach out and touch it. There’s a simple straight walkway through to the shrine in the back, where the names of the fallen are carved into the stone wall. The sculpture “the tree of life” is carved out of the sides to let natural light in to make an absolutely stunning effec. In the main hall the roof is hollowed out so you get the same sunlight, but more of it, it is just such a beautiful place, words can’t really describe it.

The Arizona is still leaking fuel and you can see the small patches on the water if you loook out to one side. Some people say they can see faces in the oil and some claim that when the last survivor has passed away that is when the fuel leak will stop. This is tthe kind of mumbo-jumbo I find very unnecessary… One doesn’t need to fill this place up with spirits and superstition, it already carries the weight of real lived history,

You get to the Arizona by boat, you have to have a ticket for a spesific time and show up at the docking area a bit before departure. Before you get on the boat you are shown a short movie (narrated by Stockard Channing, great choice) giving you a brief history lesson on the befores and afters, I found it quite enjoyable.

The most touching thing about the whole Arizona-experience was undoubtedly a quote from one of the divers tasked with placing a “survivor-now passed” urn within the Arizona. She has described it like this: “It’s a large hole and we place the urn through and then you can feel it release… I tell the family, when I feel that pull, it’s the ship accepting one of its own back.” 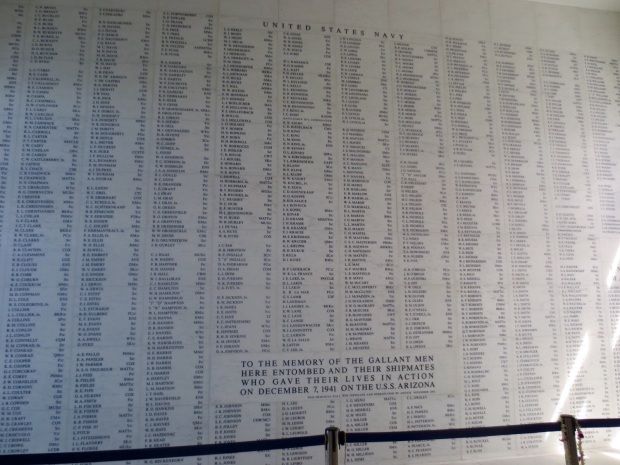 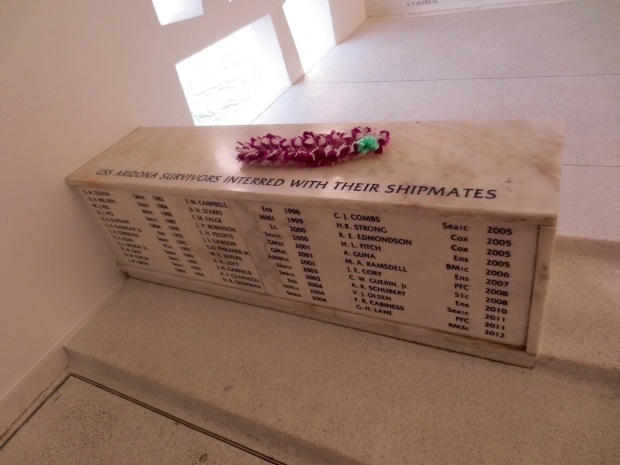 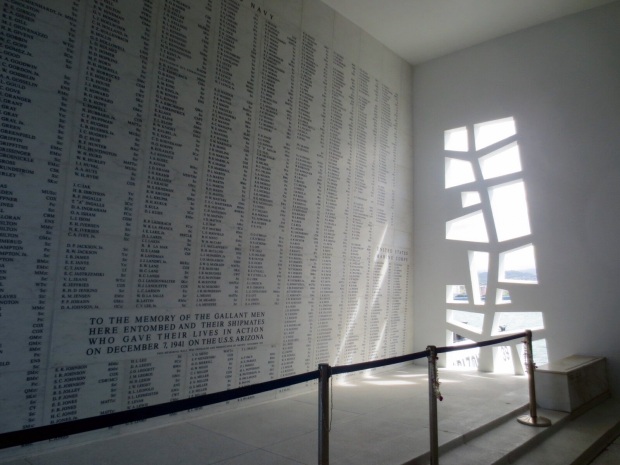 The names are etched in stone and the “Tree of Life”-windows on either side provide a beautiful light. 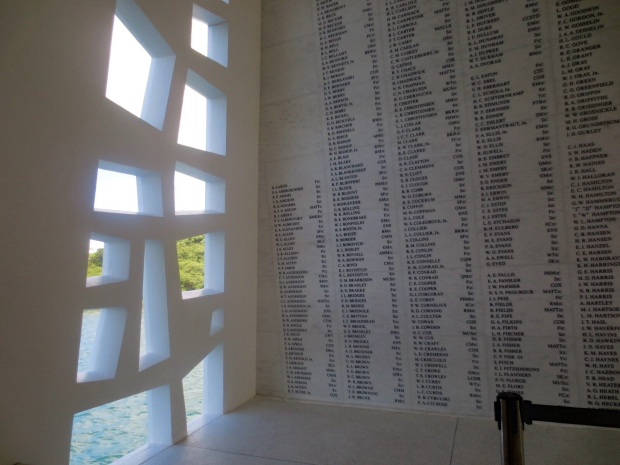 The names of the fallen 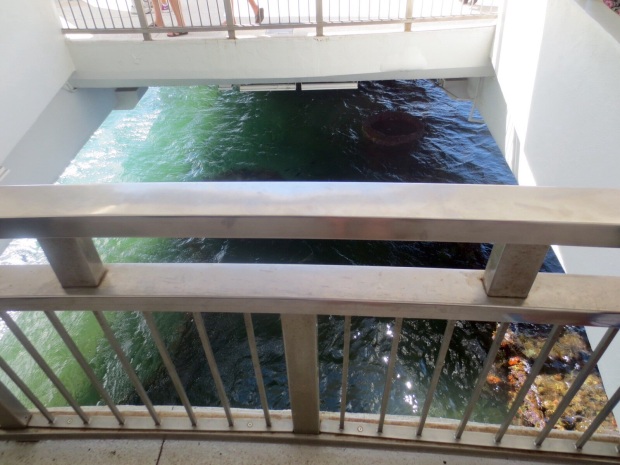 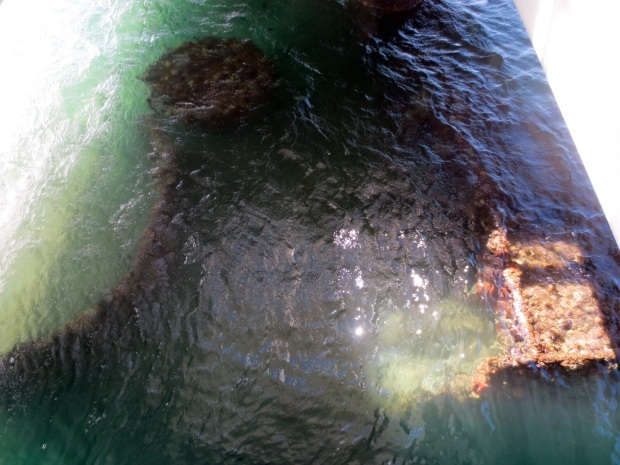 The USS Arizona under the water 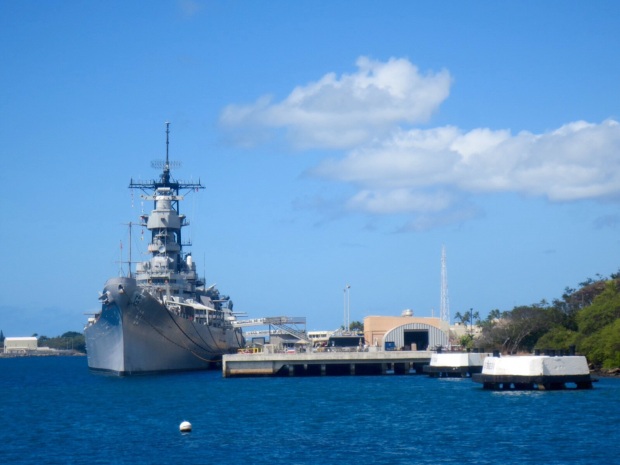 View from the USS Arizona 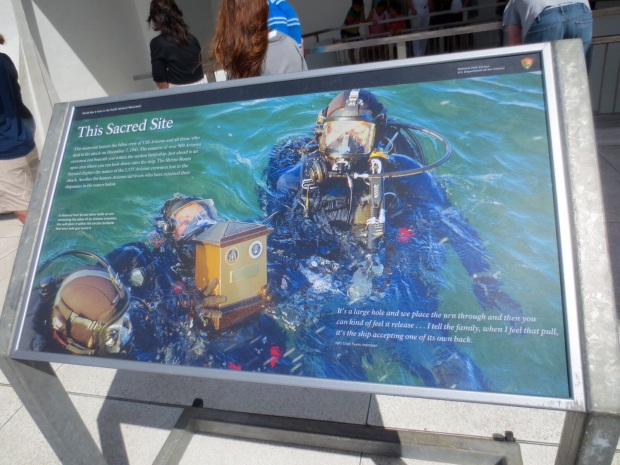 Quotes from the divers 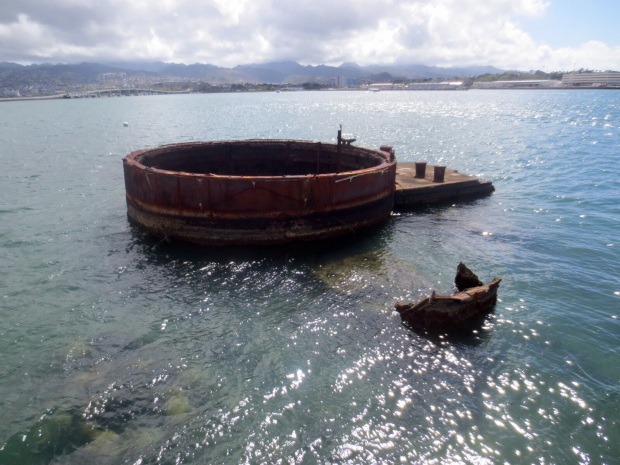 Some of the Arizona sticks up from the water. That’s how shallow this harbour is… 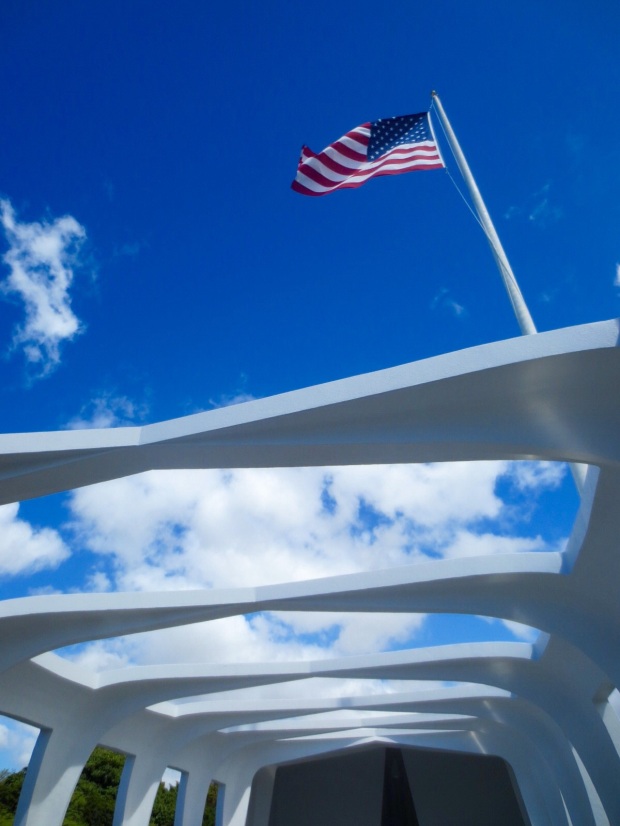 You can see the Arizona, sunken, on each side of the memorial main room

The main room, where you enter the memorial