Today was an eventful day… I got up at 0530 am to get ready for my guided tour/trip. Discovering Hawaii Tours had a pretty sweet deal where you get to visit Pearl Harbour (including entry to the USS Bowfin submarine, a trip out to the USS Arizona Memorial and all the museums on the grounds), then they take you to the USS Missouri where you get a guided tour of the battleship and some time to stomp around on your own, before they take you to the Aviation Museum and Hangar 79, before you end up with a visit to the “Punchbowl” (National Memorial Cemetery of the Pacific). Between there we actually made a stop at the statue of King Kamehameha and “Hawaii 5-0 headquarters”!! Psyched! I had that on my list of things to do 😀

It’s been a day full of impressions and my brain is so full and exhausted right now this is probably not the best time to write about it… But I want to get it overwith, to be honest. If there is one thing to be said about my experiences today it would be that I am profoundly glad I took this tour. Not just because it got me through a long list of things I had on my list efficiently, and not just because I met amazing people on the tour, but because I got to tap in to the well of information that the various guides provided. This was quality stuff, my mind is still reeling from the sheer amount of information and how well the stories were told. A huge shoutout goes to Nancy, our main tour guide and driver, as well as James, the aviation museum guide who was tripping over his own words trying to get it all out.

I have to split this up or it’s going to be too long and too full of pictures, so I’ll start at the beginning.

Pearl Harbour, the Bowfin and the USS Arizona
Our first stop and the place at the very top of my list (the Arizona). Nancy dropped us off and we checked our bags (no bags of any kind allowed at Pearl Harbour) before heading for the Bowfin. The submarine dubbed the Pearl Harbour Avenger was launched on 7 December 1942 (exactly one year after the Japanese attacked PH) and completed nine successful war patrols. For her wartime service she also earned both the Presidential Unit Citation and the Navy Unit Commendation. At Pearl Harbour she is now a museum and you can wander around inside to get an up close view of wwhat life on the submarine was like (a very good, free audio guide is included).
I crept around in there (hatches are seriusly small, ok) and took so many pictures I don’t know what to do with them all. But I really enjoyed it, a real life submarine that has seen action in WW2 and I could look, feel and touch as much as I wanted. There was an old, Asian lady working on deck and she apparantly chose the wrong line of work cause when we wanted pictures taken she wouldn’t stop. No, really, she wouldn’t stop. It was all “HOLD POSITION!” and “WE TAKE ONE OVA HEA!” – she was hilarious The disipline of a drill sergeant, but totally lovable.
The Bowfin also has a museum right next to it worth a visit. So many cool gadgets and gizmos, uniforms and memorabilia from both sides of the conflict. They have also set up a couple of periscopes outside the sub, one recognaisance and one for target, so you can see for yourself what it looks like. In addition they have a midget submarine (2 man vessel) on display and every torpedo you can think of. There is also the mandatory displays and plaques naming vessels and events, all very neatly put together and well-oorganized. The area is a beautiful piece of tribute and is visually very appealing. Which I though was appropriate. 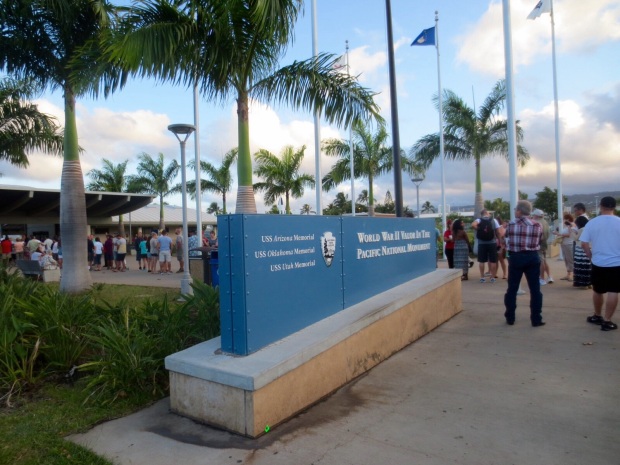 The massive anchor, now a statue 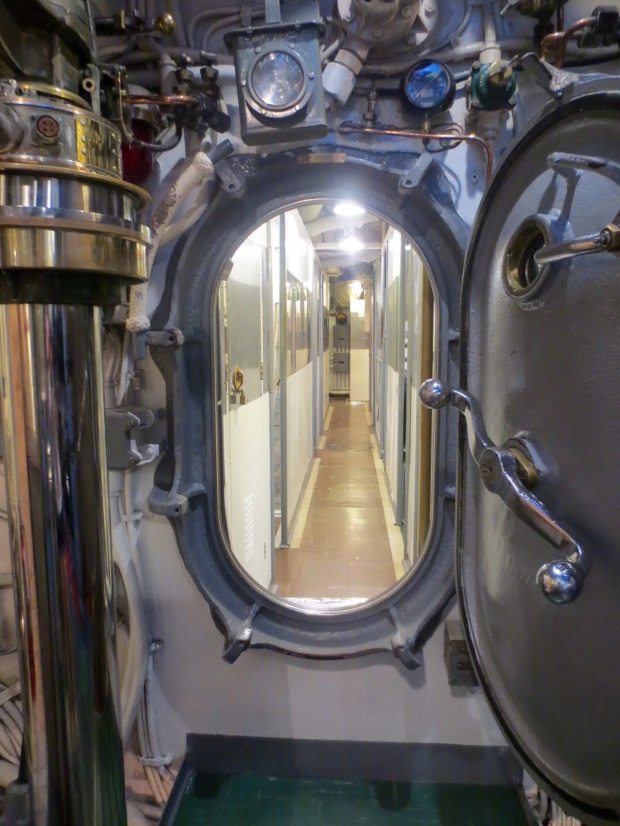 Watch your head… and your knees…

How about a long, hot shower? No?

Comfy beds for the crew…

Gadgets and gizmos. I have no idea what all this was, but I was thrilled to fiddle about down there.

One blue bag per person, contains their clothes… Apparently the dresscode on board was casual, mostly jeans and shirts. 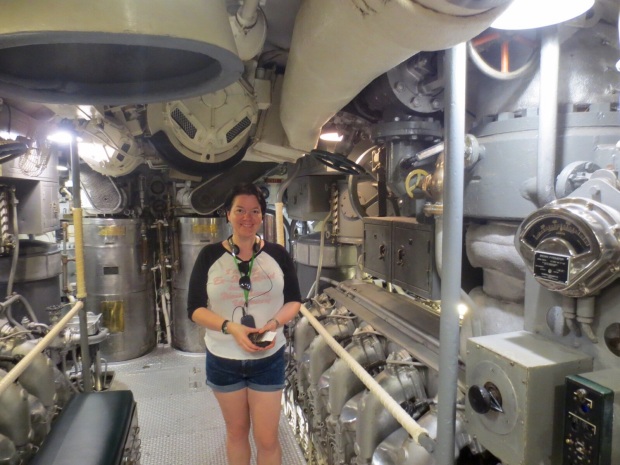 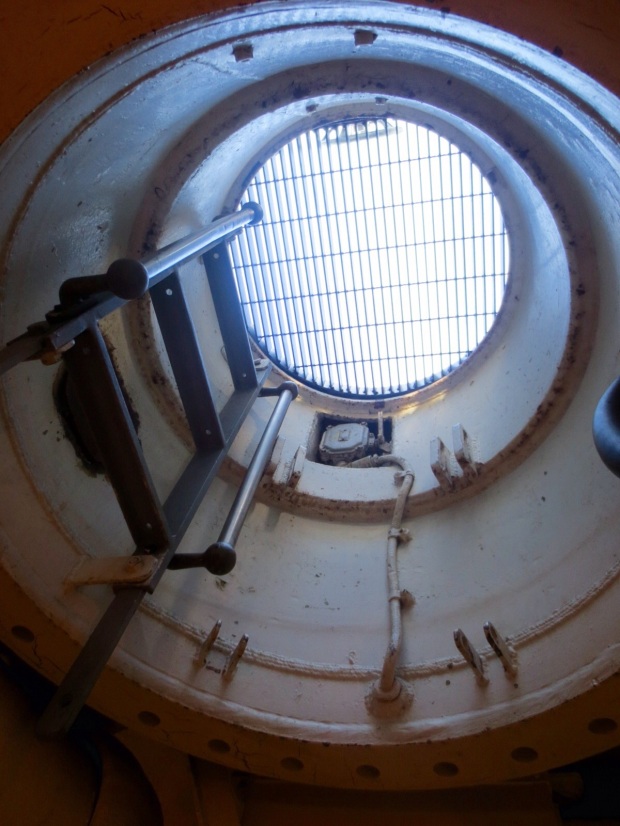 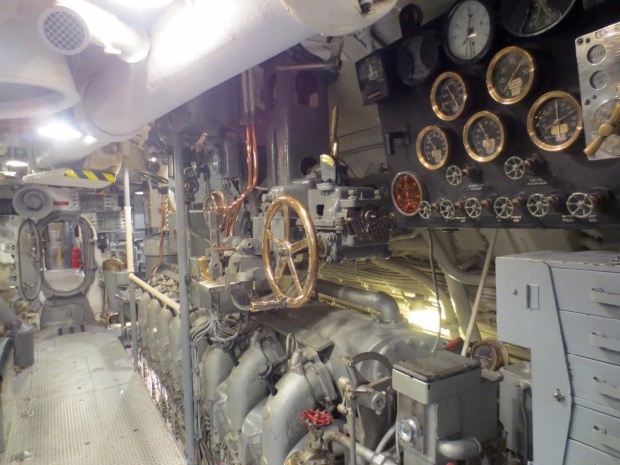 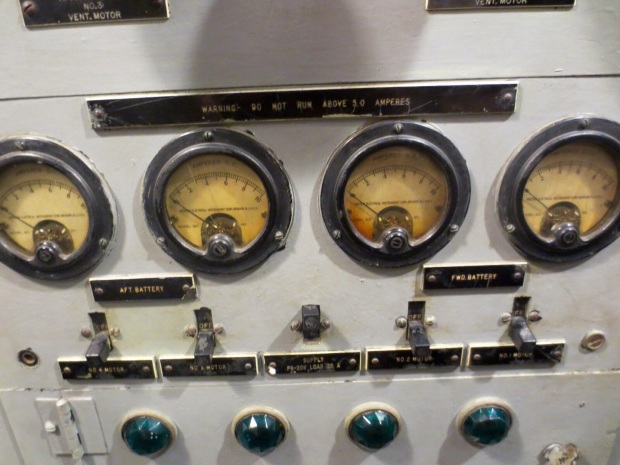 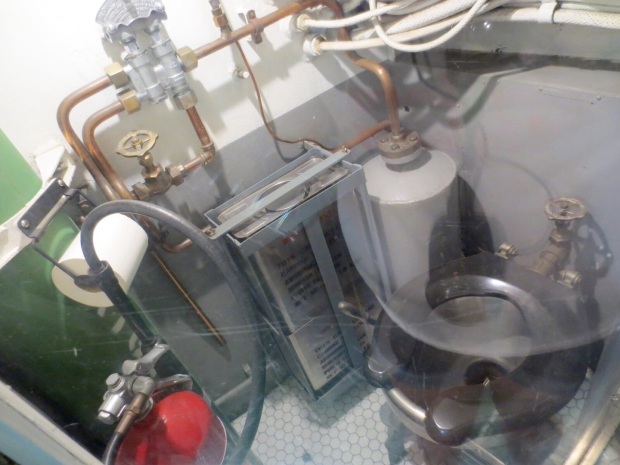 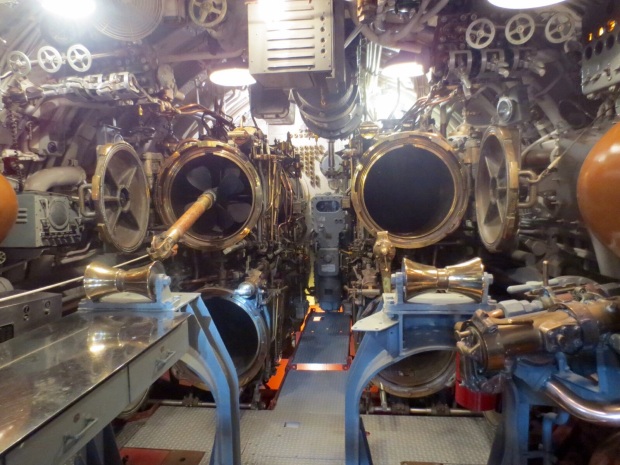 The bell. It doesn’t ring. I tried. They filled it in. Probably because of people like me.

The Avenger of Pearl Harbour.

New technology in the making 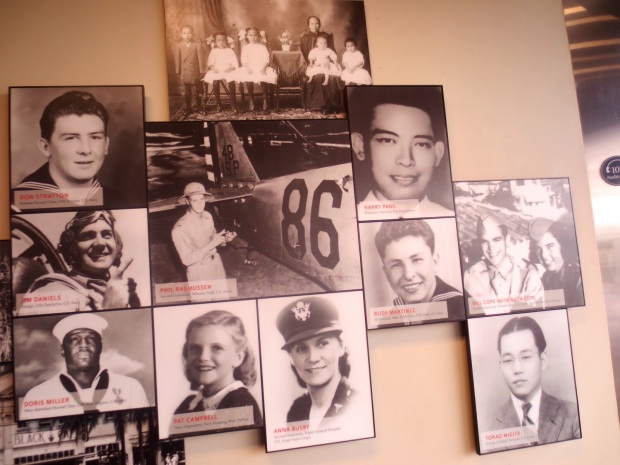 Mock up of the memorial of USS Arizona

The burial at sea 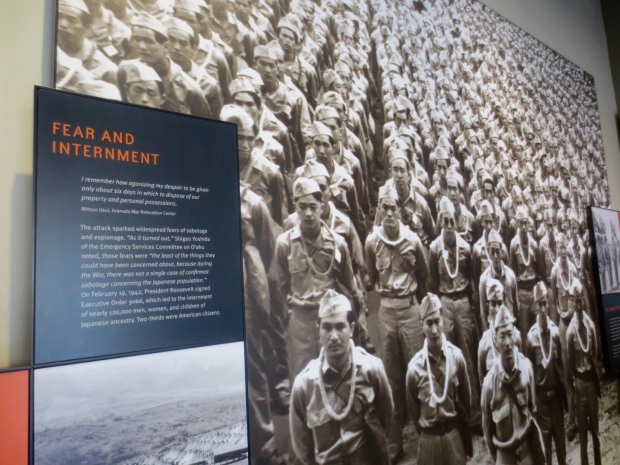 Fallen comrades… The ones in gold earned a congressional medal of honour. 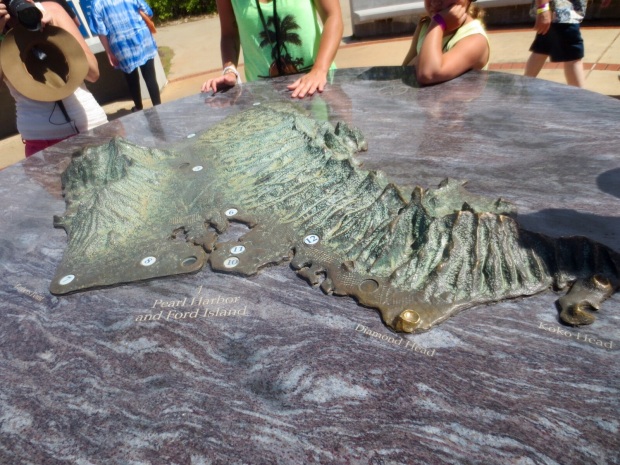 A relieff of Oahu showing where the air bases where. 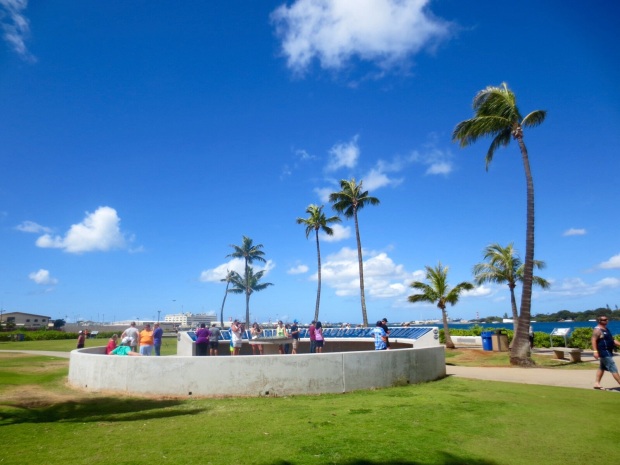 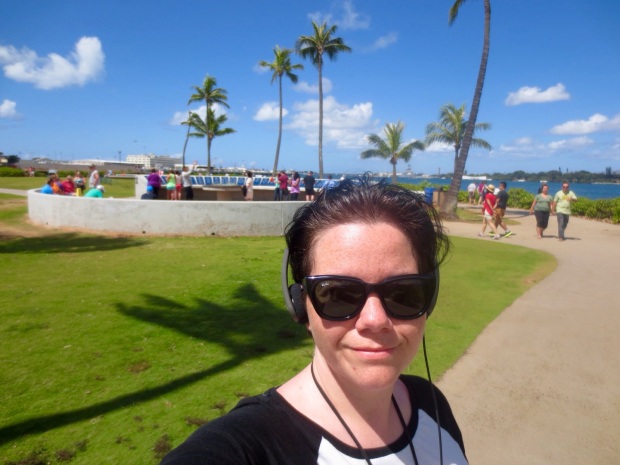 Taking in the sites… with bed head… 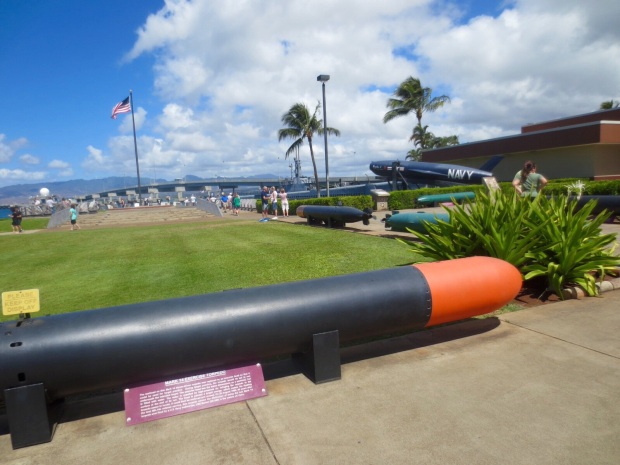 Commemmorating the various vessels in the fleet