Well, whaddayaknow… Big Bus operates in San Francisco too… I had originally planned on not taking a bus tour here, but seeing as they had a night tour I couldn’t resist. There’s something about a city all lit up at night… It’s one of my favourite things to see.

I bought a ticket and went on the full day tour first, as always, just to get to know the place a bit better. Like so many times before, I ended up more confused than I was at the start 😛 but I got to cross the Golden Gate Bridge, that was awesome. And I jumped on a mini-tour to Sausalito that was included in the price. Sausalito was perfect. I small town with a bunch of high-end stores, lovely restaurants by the waterfront and obvious “rich-man’s mansions”. I did some shopping, had a lovely tuna-based meal at Scoma’s and just wandered about enjoying the atmosphere. (That is rapidly becoming the description of my entire stay here in San Francisco)…

Anyway, a part from the buses not corresponding optimally (that’s putting it midly, there was quite a wait on the way back from Sausalito), the company does a good job here too. The guides were awesome, especially Doug the day time guy I got and Arturo, the guide for the night tour. I don’t care what they’re making, those guys deserve a raise.

I would recommend the night tour if you’re ever in San Francisco, you get to go over the Bay bridge and see a truly glorious sight as you face the Port of San Francisco. But you’ll freeze your ass off though, so dress for winter. I ended up not taking that many pictures because 1) my camera’s shit and 2) I didn’t want to miss anything… Fantastic views, I was blown away.

I’m struggling a bit to convey San Francisco here… It’s just so… San Francisco. All I see is a mass of colours, people, art, murials, monuments, hippie clothes stores, signs that tell you that if you do drugs in this neighbourhood it’s a lot worse than if you do it over in that neighbourhood… It’s just weird. I thought “drugs are drugs”, right? Nope, they have school zones, so if you’re caught doing something you shoudln’t in that zone the punishment is more severe… Which in a weird kinda way makes sense… But maybe that’s just because I’ve been spending almost a week here now and all that secondhand smoke is getting to me 😛
The one thing I DO notice here in SF, though, is the different houses. Residential areas, as well as restaurants etc often consist of really cool buildings. Some old and some new, since a large piece of SF burned down in the early 1900s. Everwhere I turned, I found a house I needed to photograph! (So, eh, sorry about the picture bonanza to come) 😛

I haven’t seen stuff like Darth Vader playing a blue banjo here though (God, I miss Key West already), but San Francisco is weird in its own way. Weird and endearing as hell. 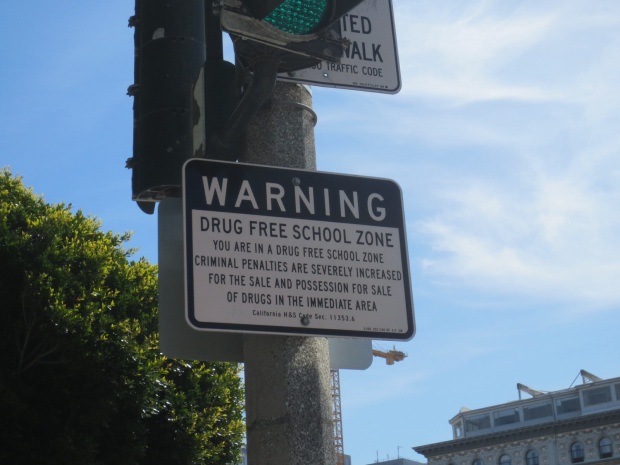 See what I mean?

Well, I’m going to Hawaii… Who IS my kumu?

The Painted Ladies (apparantly your house has t have at least 5 different colours to qualify a Painted Lady, themos colourful one has 32!)

Alamo Square park, across the street from the Panted Ladies is a great spot for a picnic, which you can clearly see from this incredibly well-taken picture I have here :-p 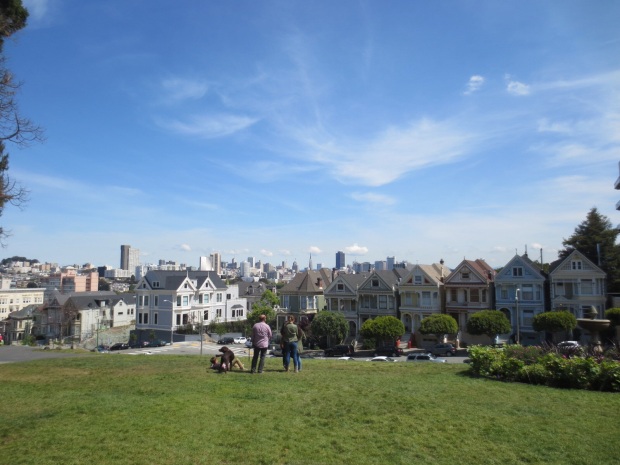 Closeup of the Painted Ladies

As a graphic designer…

Alcatraz in the distance! 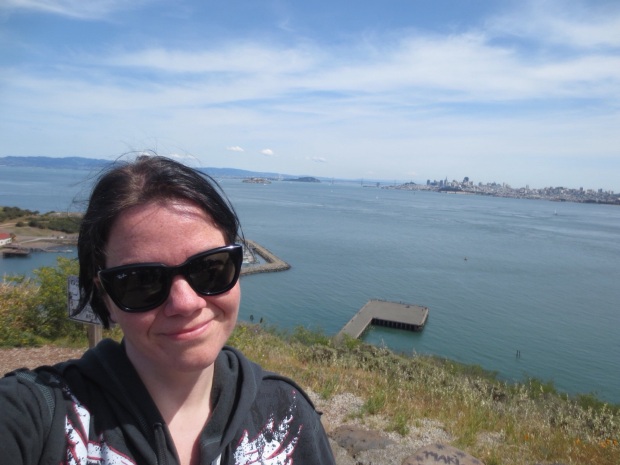 That’s SF behind me in the distance 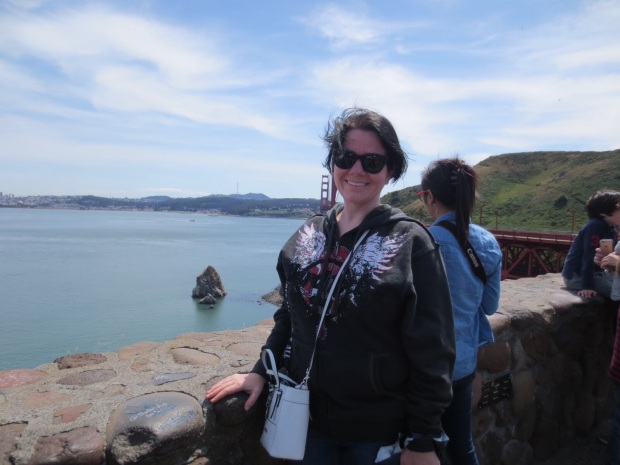 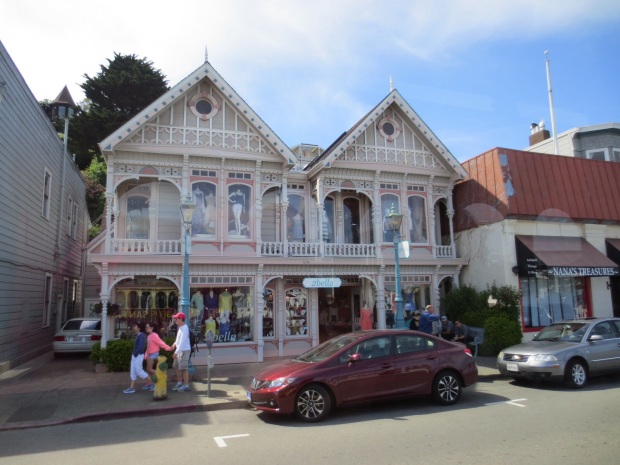 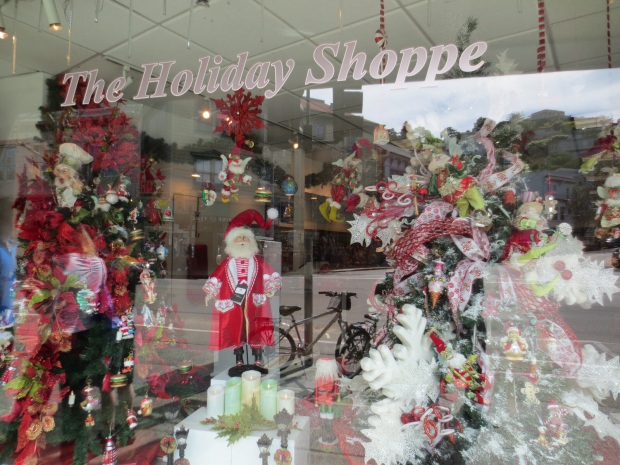 I died and went to heaven…

Save the fish! (or just stop smoking… even better) 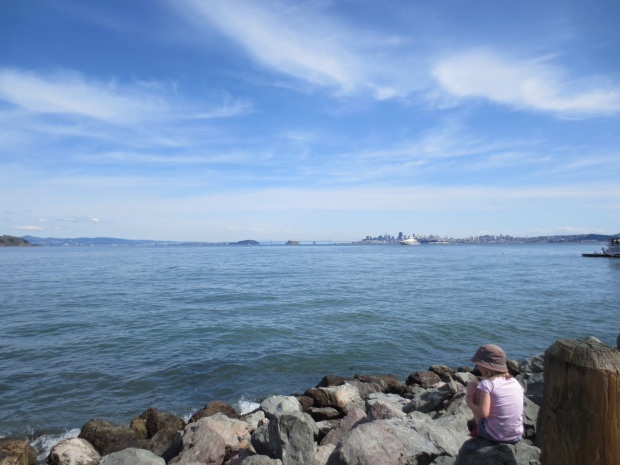 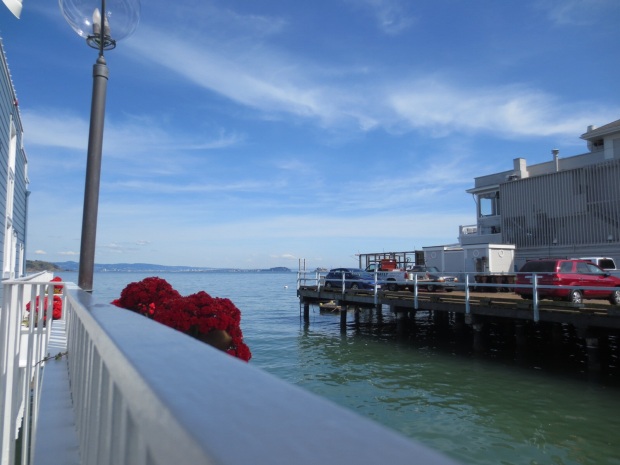 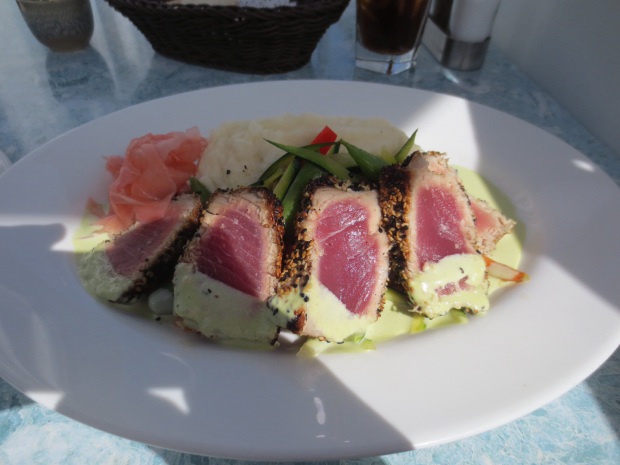 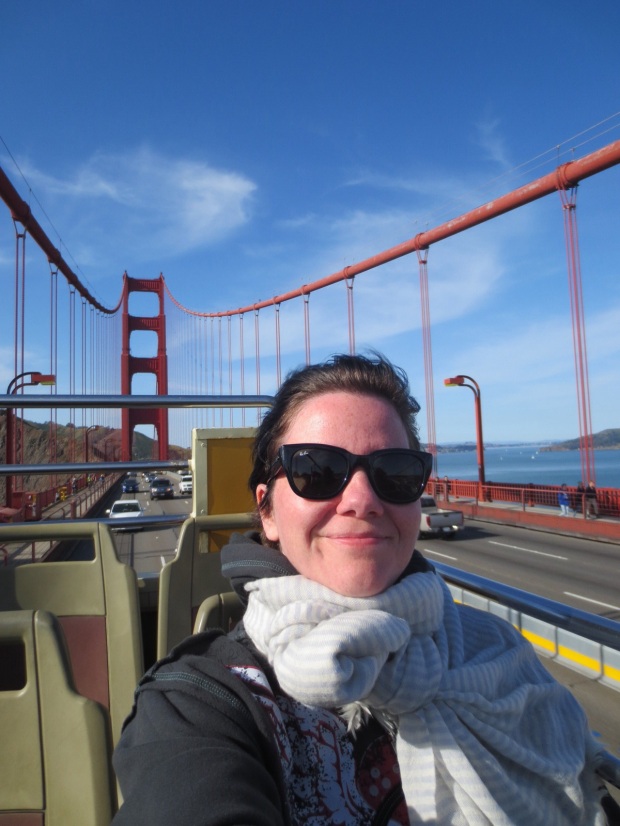 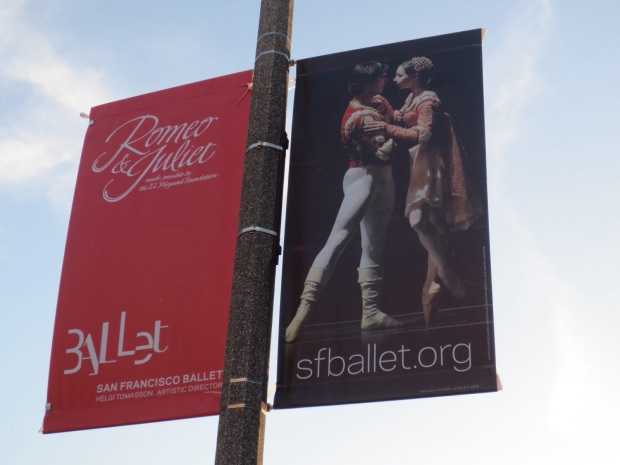