“When the water rises, the fish eat the ants; when the water falls, the ants eat the fish.“
– Laotian Proverb

I knew I wanted to see “the Stonehenge of Asia”… Uhm… Not sure if anyone other than me calls it that, but whatever…
The Plain of Jars is a megalithic archaeological landscape. There are thousands of stone jars scattered around the upland valleys and the lower foothills of the central plain of the Xiangkhoang Plateau (Plateau du Tran-Ninh in French). The jars are mostly arranged in clusters ranging in number from one to several hundred and here’s the kicker: no one knows exactly what their purpose was. There are many theories, all from food storage to burial site (which is the most popular one, given the fact that a scientist on one of the sites found human bone in one of the jars, however there are those saying this is coincidence rather than absolute proof). At least all of this is what our guide said… 😉

I went with a small tour group, we were only six people, including the lovely Lisa and Vim ❤ The jars are really impressive, some were big enough to hold at least a couple of people, others so small they could barely hold an infant (if they were indeed burial chambers). They are just scattered and left all over the plains in this area of Laos (north-east). The whole area was heavily bombed during the Vietnam War and you can still see the massive holes in the ground where bombs exploded. Grass has since grown over the damaged ground, but the dip in the topography remains, sometimes so big you had to shout to talk to the person standing on the other side of the crater.

The whole group standing over a crater made by bombs

Some of the jars had lids, some didn’t, some were in clusters of several jars, others were more stand-alone, some where huge, others small… there was very little uniformity going on, everything adds to the mystery. What ARE these jars? Why are they here?

Even with all the info our guide provided he couldn’t answer these questions. We went through three sites and saw the same jars in three different settings. First site was wide open space as far as the eye could see, with massive sinkholes dotting the ground. 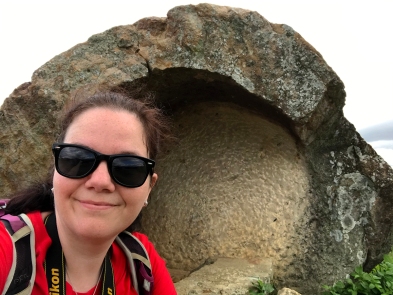 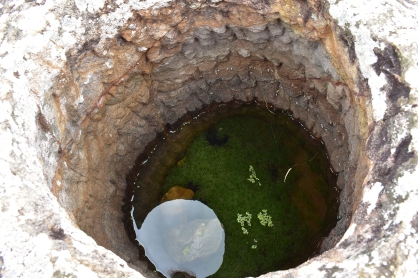 Second site was a lovely walk through some rice fields before we joined some cows (that our guide was more afraid of than us… so we obviously missed something there)… The cows left us alone as we walked passed trees and jars scattered everywhere among grass, various local weed and animal dung. 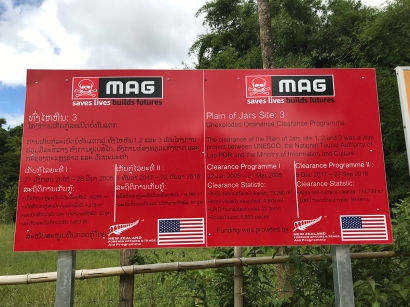 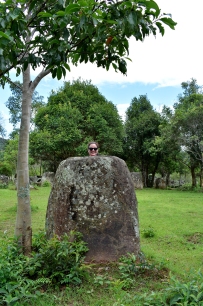 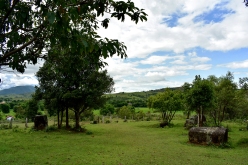 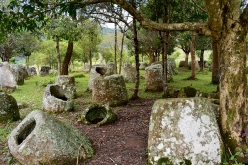 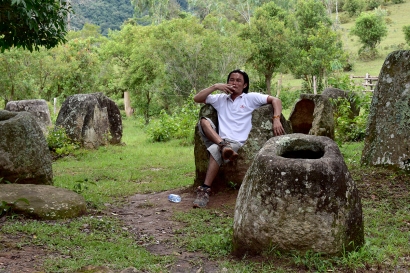 Guide King even made a panorama to document the event 😉

Our third place of visit was the most magical one. It looked like an enchanted forest (unlike the “animal pasture”-forest we just came from) – this one had what looked like older trees shading the ground completely to make that “lord of the ringsy”-atmoshpere. I loved this site, we almost didn’t make it in time before it closed though… Fortunes smiled on us.

Lord of the Rings Phonsavan Edition 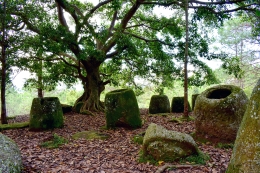 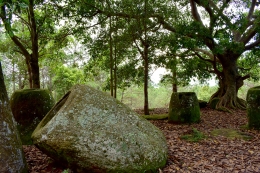 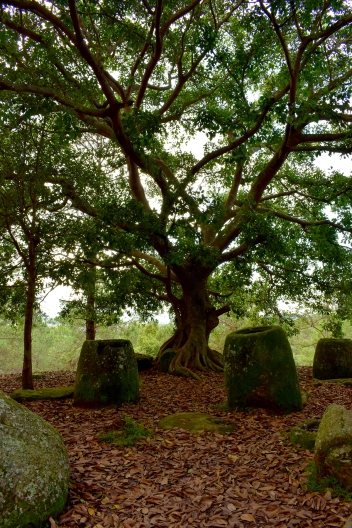 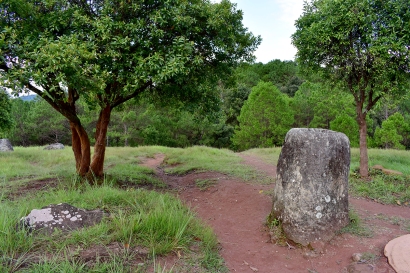 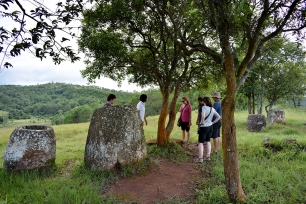 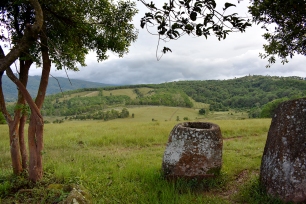 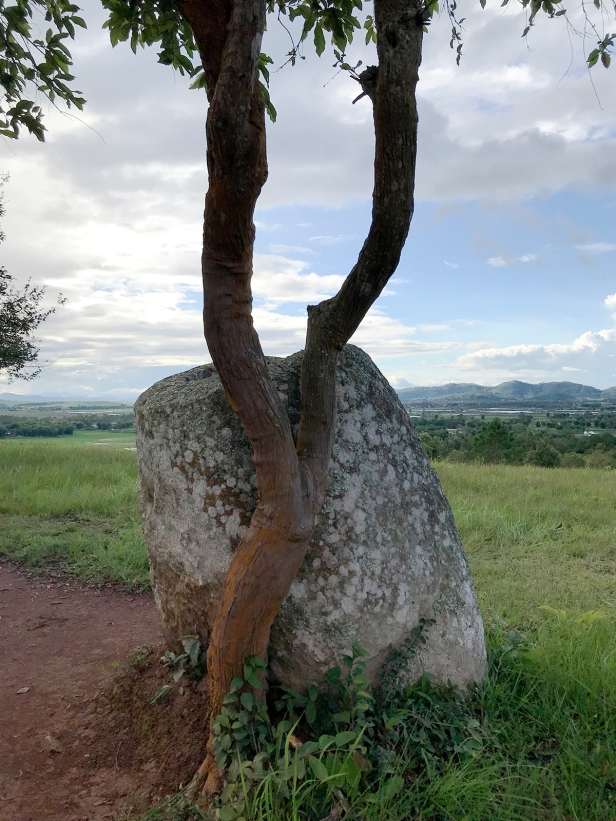 One thought on “Laos :: Plain of Jars (Phonsavan)”